Dayco honoured by Bapcor Gold Supplier of the Year award 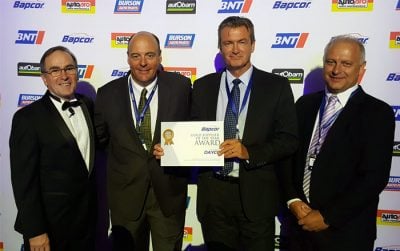